CURRENT COMMITTEE & MANAGEMENT
Chairman: Jack Clubb
Secretary: Connor Regan
Treasurer: Jordan Simpson
A Team Manager: Niall Bristow
B Team Manager: Stuart Clubb & Jordan Simpson
BRIEF HISTORY
As one of the oldest names to stand the test of time in Shetland football circles Lerwick Celtic Football Club’s history can be traced as far back as 1902. In the early years football in Shetland was perhaps more ad-hoc than it is in modern times, certainly a lot less fixtures were played. Nevertheless the enthusiasm was very in doubt and Lerwick Celtic certainly played a large part both on the field and within the association. 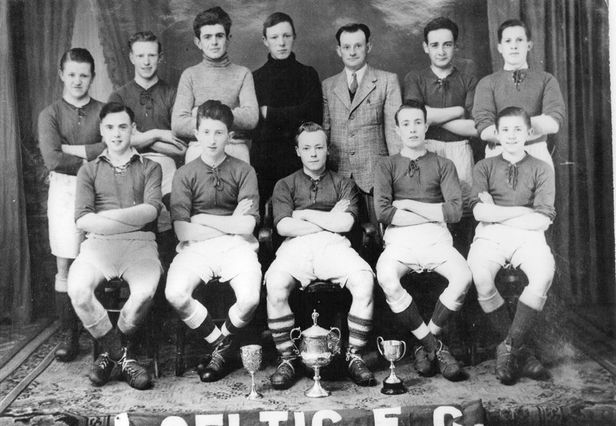 Lerwick Celtic 1932
Lerwick Celtic are recorded as being in existence since their foundation with the exception, we think, of two brief periods, just after the First World War, and for two years from 1972-1974. The reconstitution of the club following the Great War was down to Lerwick men John Peter Smith and Jack Williamson who in doing so kitted the team out with the help of William Maley, then Manager of Glasgow Celtic. The bold Lerwick gents wrote to Mr Maley and were possibly taken aback that a set of jerseys were sent north, the first set of the famous hoops to be worn in Shetland.
​
The club went through a tough time from around 1966 to 1972 and eventually folded. The flames of the club had not diminished however and the work of Robbie Summers and a few other stalwarts resurrected the club once more. It has been part of senior football ever since.

The first recorded trophy won is a Manson Cup victory in 1923 and throughout the years silverware has come the clubs way regularly if not in a dominant style at any given time. 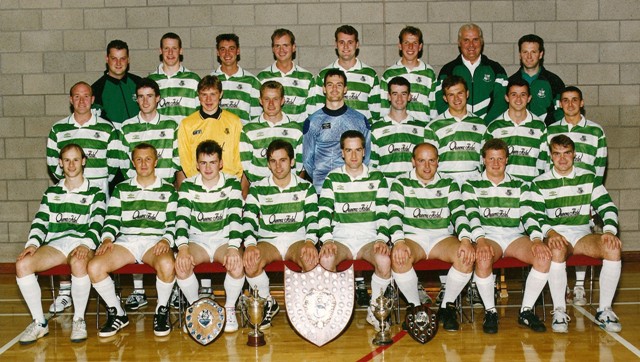 Lerwick Celtic 1992
During recent years much credit to the organisation of the senior club should go to Norrie Peterson and Robbie Simpson. Both have given much time, effort and commitment to the club, the former as Treasurer, reserve team manager and general organiser of everything off the park, whilst the latter, currently an active member of the committee, has previously put years into managing the first team.

The preservation of the playing teams has been secured with what is now a very close working relationship with Lerwick junior club Rangers. This allows a player path from under 18 football into an established senior set-up. The partnership is working very well.