With the 2021 season finished, Celtic held their annual awards doo at the weekend with the following trophies awarded:

CONGRATULATIONS to Joe Heraghty who has won this year's Last Man Standing competitions which has finished after only 5 weeks! Joe has pocketed £425 with the same amount being donated to the Shetland Foodbank who continue to do a fantastic job on the isles!
----- CELTIC CROWNED RFYC CHAMPIONS 2020 -----
Lerwick Celtic have finished top of the Ultimate XI table for the Run For Your Club 2020 5k Challenge, scooping up a bag of new match-balls as the prize! Current players James Aitken, Kennedy Moar, Jack Clubb, Ryan Thomason, Joel Bradley, James Moncrieff, Tom Moncrieff, Connor Regan, Daniel Johnston, Ross Moncrieff and Shay Regan made up the 11-strong squad with a further 10 players in reserve in what was a successful event run by the Shetland Football Association. 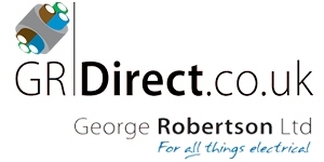